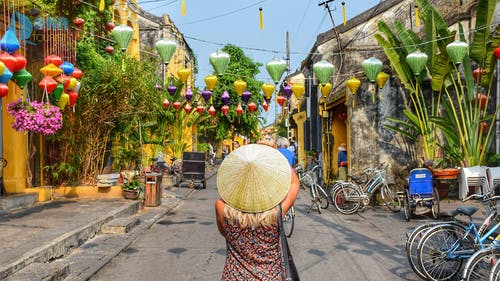 Raised in countries like the Netherlands, Curacao and Suriname by parents who traveled the world, I was brought up to be open to, curious and excited about different cultures.

I knew I wanted to keep experiencing different worlds so I decided to study International Business and Languages.

In my second year I had to go abroad to do an internship.

I knew I wanted to go to Asia.

We had this class called Cross Cultural Management, my favorite course, and they taught us all the cultural aspects that one needs to consider when doing business abroad.

I had friends who’ve already went to places like Hong Kong, Thailand and Indonesia. The stories and pictures made me sure that my next trip would be in Asia.

A Woman of Color

According to many people I’ve talked with, one of the first things I needed to keep in mind was racism.

I would be going to a country all by myself and obviously my loved ones wanted to be sure that I would be safe.

Now, years and stories from others later, I believe I could’ve gone to many Asian countries without really getting bothered by racist issues but at the time I just left South America to study in Europe to now going even further away; to Asia). My family wanted to be sure that I’d end up in one of the safest countries possible which is Singapore.

My mother has been there so she felt at peace with this decision.

All my bags are packed and ready to go

I packed my bags and went on to have the best experience of my life.

I fell in love with Singapore. I met the nicest people who were very open and made me feel like a part of their world from day one.

My mindset was probably another reason I had such an amazing experience. I was struggling with some personal issues and I just wanted to go far away from my reality. I would’ve probably loved any country I would have been in at during that moment.

Apart from my need to get out of the country, I was excited and curious about what Singapore had to offer.

I am not the most outgoing person when I don’t know people yet. I can come of as quiet and shy until I feel comfortable enough to be the talkative person I am. Couchsurfing.com was a new and scary experience for me. I met many people from all over the world in the same position I was in and it was great! I also met some locals who took it upon themselves to show us around which really made me more comfortable in the country sooner than I thought.

A Taste of Home

And the food, oh my God, the food! I always loved Asian food so it was amazing that I could have all the Asian goodies for at least 50% cheaper than in the Netherlands or Suriname. I admit that I missed western and Suriname food at times (and I don’t mean American food because there’s a McDonalds, a Wendy’s and a Pizza Hut everywhere lol) but with the right ingredients I was always able to cook up something that would taste similar (not the same though) as back home.

I was also lucky enough to have friends that came to visit me. Two of my friends came from the Netherlands. My aunt who lives in Saudi Arabia also came for a couple of weeks. The fact that I had them with me recharged me enough to not get homesick too much

Not everything was rainbows and butterflies though.

Housing is expensive. I was just lucky to find a room that wasn’t so small for the budget I had.

I felt like my roommates were not open enough to want me to be there despite saying the opposite during the interview. I was a steady income and must be tolerated.

During my stay there, my grandmother passed away. She lived in Suriname and to be there I needed to take a flight to the Netherlands for roughly 900 Euros and then to Suriname. If you’re lucky it will cost you between 800 to 900 Euros. I wasn’t able to be with my family back home and say goodbye to her because I didn’t have enough money.

Even with these experiences it felt freeing to be in a completely new environment where you have to get to know new people and experience new things. I got to know myself. I got to work on certain aspects that I was afraid of. I got rid of staying the same.

One thing is for sure, I will do something like this again

About the Guest Contributor

Mey is a funloving millennial who currently makes a living as a marketing specialist in the Nethetlands. She has lived in various countries around the world and have had her share of memorable and sometimes even traumatic life experiences. This is why she started a platform where she and women around the world can let it all out and support each other!

Singapore, nothing personal. You’re awesome but you just deserve one day.

Vietnam and my Newfound Bravery

7 thoughts on “My Asian Experience as a Woman of Color”