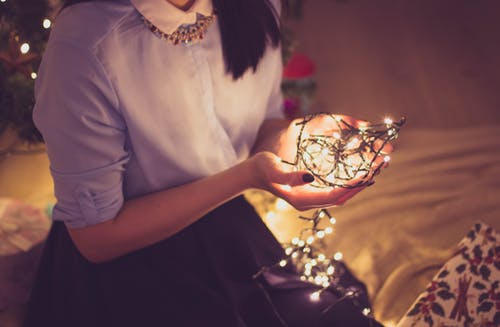 “The owners are thinking of selling the apartment and there are people who want to check it out.” My landlady’s, who’s also my Filipina friend’s, message read, which to be honest, I just shrugged off.

If I will be honest, I didn’t see the point of keeping the apartment anymore even if I still have two Filipina housemates living with me and even if I have already given a word that I will be sharing a new one with them.

If I will be honest, I didn’t see myself doing things the old way anymore.

I needed to somehow gain the freedom that I yearned so bad for when I said yes to Malaysia.

I was so ready for a new beginning but just couldn’t muster all the guts to directly say what I wanted without the fear of being hated.

I haven’t fully embraced the German in me then. Or maybe, I just didn’t know that a new version of myself was starting to manifest itself. I just couldn’t explain it. I never had the right words. I lacked education. The kind of education that schools back home were never able to give me. The kind of education that I would only pick up on the road as I fight to carve my way through it.

A week later, electricity was shut and reality struck. I was officially homeless in Malaysia. I never knew that worlds could fall apart that fast.

With a day job and a very busy social life, who has the time to look for a new place sans notice? It wasn’t just like a party I could easily crash. I was a foreigner trying to have a normal and fun-filled life abroad. I still got scared. But pointing fingers and crying over spilled milk wouldn’t work. It was time to think and move my lazy complacent a*s.

The last minute, I chose to go on my own no matter how selfish it would look like. Because why not? I didn’t want to somehow be responsible for anyone anymore. Not that they obliged me to. It’s just the unwritten agreement of every friendship that I wasn’t sure I still wanted to keep.

I packed all my stuff, hailed a cab and dumped all them at my Japanese’s friend’s flat. She just couldn’t refuse my request and though I felt it, I just chose to ignore it while I figure everything out.

It was the end of November. Christmas season was fast approaching.

I spoke to my two Filipino friends and asked them if I could crash their place while I look for a new one. I made the decision for them. Could be that they didn’t like it but being Filipinos, couldn’t tell me.

My two friends were sharing one room. They have two single beds that we put together. I slept in between where the two edges meet. I was not complaining.

I was a “squatter” for a little over a month. I would search for houses after work one day, do meet ups and home viewing the next. It went on and on for a month which got so tiring that I already gave looking up.

My misery was getting heavier and heavier but I couldn’t voice it out. From the outside, I was still the obnoxious Dani they knew but inside, my depression and frustration were eating every cell in my body.

The Dani that everyone knew would never be seen sad, down and quiet. That’s the Dani who always wanted to be liked no matter how pathetic it could be.

Christmas break came and my leaves went quickly down the drain.

My two friends flew back home to celebrate Christmas and New Year and there I was sulking inside their room. I can stay given that the housemaster doesn’t catch me or my friends will be in trouble.

Every time the house door opened, I would spring and hide behind the door always scared that the housemaster would barge in to check my friends’ room knowing that they were on a holiday and it’s the perfect time to do the yearly audit which is normal for room and house rentals.

I spent the next days in bed feeling sorry for myself. This pity party went on for a month and I lost count of the nights that I cried myself to sleep.

I couldn’t tell my parents. I couldn’t run the risk of them telling me “I told you not to go to Malaysia. I’m sending money now. Pack your things and fly back home ASAP!” I didn’t want to lose my freedom. I have always wanted to be my own woman and no matter how painful it will get, I will do it.

On the day before New Year, the wife of the Indian guy next door who became my friend, knocked. I had no strength to leave the bed to open the door nor to wear anything considered decent but I forced myself. I saw her pretty smiling face and worried eyes when I opened the door. She said she cooked and was inviting me for dinner.

I was about to decline but when the glorious smell of the food hit my nose, I walked towards the table. I have only been eating straight from the can and having instant coffee for the last few days. This freshly cooked, still warm food was the best thing that ever happened in days. I scraped the last piece of tuna from the can and sipped instant coffee on Christmas day.

If it’s any consolation, Malaysia is a Muslim country which is not so big on Christmas celebration like us in the Philippines.

“How will you celebrate New Year?” She asked.

“I will go to my friends’ house. They invited me.” I lied. I mean, my friends really invited me but I had no intentions of going. Maybe my eyes gave me away because she told me that I am welcome to come with them to watch the fireworks display near the Petronas Towers. I wanted to but I didn’t want to third wheel her date with her husband.

All these were like a slap on my face. I used to imitate Indian accent just to make my Filipino friends laugh and here, in my homeless glory, an Indian girl offering her kindness to me.

“Have you called my Pakistani friend upstairs? She still has two more rooms that they are not using.” she said.

I will be honest. I was not really interested. I just ignored and chose to forget that she already gave me the Pakistani lady’s number.

“I can call her if you want.” She even offered.

“No. I will call her later.” There was no trace of urgency nor excitement in my voice. To be honest, I didn’t really want to call the lady. I was so willing to find solution on my own and I was still not so open nor ready on the thought of living with other races. I was the worst racist there ever was.

She left me after saying that she needed to buy a gift for her husband and with the last message to call her friend. I told her about my problem with the housemaster and she gladly offered a space in their room and a little story that I was just there to visit in case the housemaster will ask.

The moment she left, my phone didn’t stop chirping. My friends were already asking what time I will come but I just pretended I didn’t notice. I couldn’t bring myself to party in my pathetic situation.

In my head, during this time, I would have probably started cooking and preparing for New Year’s Eve dinner for my brothers. In my head, I was asking what would my brothers have tonight? My parents were in Germany. But instead of continuously thinking about that, I focused on finding a solution to my more serious problem.

My brothers are safe in our house. They are not homeless in a foreign land like me. In my head, I shouldn’t be experiencing this had I just stayed in the Philippines. Were my parents right all along?

The time was ticking away and my friends will be coming back from their holiday in three days and I promised myself that I should have moved out then.

I grabbed my phone and jabbed the Pakistani lady’s number. Sheer desperation made me to do the call.

We agreed to meet later in the day. Her unit was just one floor above my friends’. It shouldn’t be a hassle.

My right hand was shaking as I rang the Pakistani lady’s doorbell. I didn’t know what was waiting for me. The door swung open and I was greeted by a beautiful pair of eyes with the thickest lashes I have ever seen.

Her face was covered with a colorful scarf and she was holding what I thought was a rosary but without cross. Only a chain of beads.

She hasn’t showed me the entire unit yet but I already felt at home. Behind my would be room was a lake surrounded by buildings. It looked liberating. I looked at the door on my right side and saw three pairs of innocent eyes full of wonder and a demeanor saying that they were told to behave.

I smiled at them. It was impossible not to. On instinct, my arms extended open as an invitation that they can come to me. I was instantly surrounded by three kids who welcomed me with hugs. They didn’t know me. I didn’t know them neither but I knew that a new definition of home was waiting for me in this Pakistani household. A taste of Pakistan was waiting for me in Malaysia.

In Malaysia, It’s Never Too Late to Dream a New Dream

10 Things That Changed Since I Lived Abroad

15 thoughts on “Homeless in Malaysia: A Christmas Sob Story”