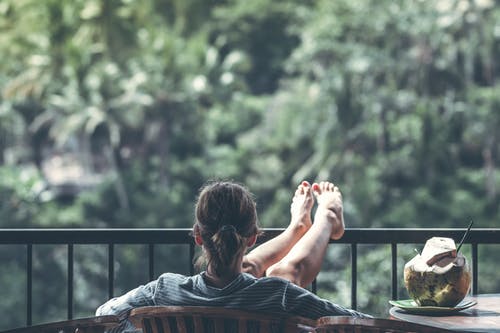 I’ve just moved to my fourth country in 5 years.

I’m what many people call a trailing spouse, the accompanying husband or wife of someone who is sent internationally on a work assignment.

Often, it’s a wife but these days you see a lot more men.

I hate the term.

It sounds like a submissive partner being dragged around the world in second place. The term conjures up images of wealthy socialites drinking lattes, playing tennis and getting their nails done. Structuring their social networks based on their husband’s job titles, a social hierarchy akin to high school. The whole idea is far from reality. Don’t get me wrong these women exist but they are the exception not the rule.

We aren’t dragged along because our contributions were so menial that it didn’t matter if we worked or not the opportunity presented itself and we had the courage to take the plunge, relocate our lives and say goodbye to our families, friends and jobs to walk alongside our husbands. I would never not choose to work but restrictions on visas mean that we sometimes must give up what we do.

‘we can be anything we want to be’

Our new roles as housewives, volunteers, relief coordinators and stay at home mums don’t always fulfill the ‘we can be anything we want to be’ mantra we were told as little girls but provide fulfillment and contribution in a different way. For me they helped reduce that feeling of being a kept woman.

Everything we do is important but in an entirely different way.

Weighed down by loneliness

Through this journey something happened to me that I wasn’t prepared for. You know you will get homesick, that you will miss your family and friends, suffer from culture shock and at times be weighed down by loneliness.

There will be tears because you can’t order gas or because you accidentally drove on the wrong side of the road, but I was never prepared for the overwhelming feelings of anger and resentment towards the one who made my adventures all possible.

I’m probably the only woman who has felt like this and it makes me feel like a terrible person, spoilt and ungrateful.

What if I woke up when I was 80, looked back and felt like I’d wasted my life living someone else’s?

I tried to remind myself that I was living my dream except I wasn’t entirely, there was a piece of it missing.

I never wanted to be a kept woman

I’m proud of my husband and know everything I have is because of him, but I never wanted to be a kept woman.

I can only describe what I’ve gone through as losing my identity.

I had no idea who I was anymore.

I had planned my life out and I didn’t for one-minute think that I would be defined by what my husband did. My friends were moving forward. They were being promoted and receiving awards for their work. They were successful. They were everything I wanted to be. I hadn’t realised how much value I placed on having a job and being able to financially contribute. It made me feel like an equal in my relationship. Now I just felt like a housemaid who did good deeds.

I could be and do anything I wanted

Through my struggle to find my place my husband told me that I could be and do anything I wanted. I hated him for saying it. How could he ever understand what I was going through, he was climbing the ladder while I’d fallen off the edge. I was looking at my situation all wrong. It has taken me years to see what he had always seen. It didn’t matter if other people thought I was riding on his coat tails and living my life at his expense because I wasn’t.

I have gained so much more

That chip on my shoulder and my feelings of inadequacy over a job title and monthly salary have held me back. I had the courage to leave my life behind but didn’t have the courage to see beyond my own self-pity.

The truth is I have given up a lot, but I have gained so much more. If I get to 80 and look back and say ‘I wasted my life living someone else’s’ I only have myself to blame.

Everything is right in front of me, I just have to have the courage to take it.

About the Guest Contributor

Kristie is a former HR professional who decided to take the path less travelled and give it all  up to follow her husband around the world.  Kristie has lived in four countries and currently calls Muscat, Oman home. Kristie loves to write and share her journey about the highs and lows of being a trailing spouse, raising third culture kids and expat life.

How to Turn Your Life Around: From Failing College to 4.0 PhD Student

My Quest to Find Home

1 thought on “People and Untold Stories: The Trailing Spouse”