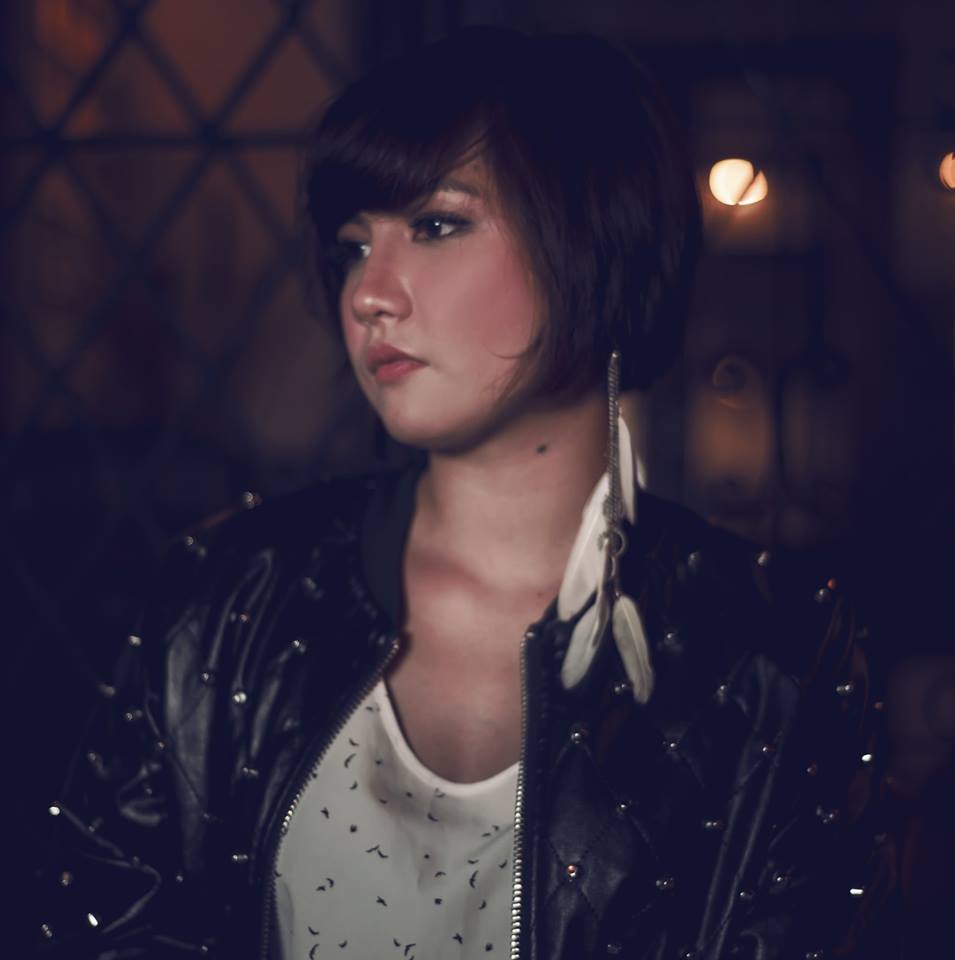 It was 2010. Fresh out of University. Finally. After seven years, three different schools and three different fields of study. I almost lost faith that I will ever get a degree and so were my parents. I haven’t asked myself what to do with my life. I guess I have always been lost. This time, I still have a hangover from too much dependency but I wanted to be on my own so bad.

Not even a month after graduating, I found myself a job that required two weeks of night training.

In one of those two weeks of night training was when I found out that an angel fell from the sky. I met Jana. At quick glance I’d exclaimed, what a pretty little girl but when she belted out Heart’s Alone, I almost fell from my chair. Who sings this kind of song at three in the morning? All mouths in that training room were left open. We knew never to mess with Jana. But what was she doing in this company? Is this company an avenue where lost people meet? I asked myself number of times. A pretty face and that hair-raising voice. A very clear passport to stardom. 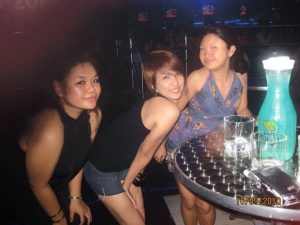 But we never seemed to dwell on it so much. Instead of finding who we really were and using our gifts, we found ourselves partying, drinking and karaoke bar hopping.

Fast forward to 2018, I found myself liking her Facebook Fan Page and couldn’t stop plaguing her with these questions and reminisce how we used to spend our carefree younger days. 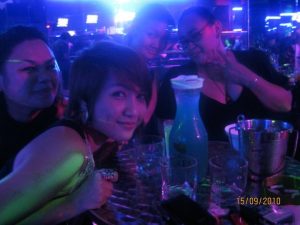 This Village Girl: It was 2012 when we last talked. I remember you giddily called me. I was in the bus that time. You were asking me if I wanted to try and be a back up singer too for this Destiny’s Child-like girl band but because I was sooooo insecured with all my flaws, I said no though my heart and soul were so thrilled. I remember your voice dropped a decibel before we hang up. Be, please tell me what happened after that phone call because the next thing I know after 6 years, I was liking your Facebook Fan Page and every photo from your gigs.

Jana Garcia: What happened after our conversation, I continued being a back up singer for the group. Also there were lots of opportunities that happened that came up. I was able to do back up singing with some renowned local and international artists.

After 2 years of being a back up singer, I decided to part ways from the girl group and I finally had the courage to perform my own (original) songs. I was signed as an artist but after a year, had to give up this career because I was struggling financially and needed a more stable job.

But music soon called upon me AGAIN. By this time, the cash flow was getting better. So I pursued a career as an “Independent Artist”, playing my compositions all around the metro.

TVG: What is your fondest musical memory that made you say, “this is my passion and calling! I will be a famous singer!”

Jana: For “this is my passion and calling!” – from an early age, I’ve always known that singing in front of a large crowd is what I am meant to do. And that calling, was further strengthened when I started being a worship leader.

For “I will be a famous singer” – being famous is not my goal as an Artist, I want to leave a legacy through my songs and performances. 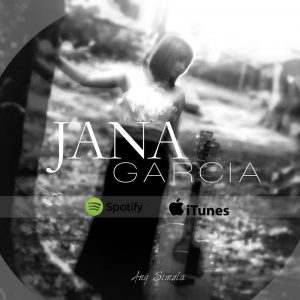 TVG: I know that your sister also bagged a recording stint.

Jana: Actually my sister was not signed as a recording artist, she was signed to be a future actress. But she did not continue the deal as her schooling became her priority.

TVG: Is your entire family into music?

Jana: They are very supportive.

Jana: None, They always encourage me.

Depende sa sitwasyon…pero, It is my trade secret hahaha

(Depends on the situation but it is my trade secret. hahaha

TVG: I know you used to teach in Center for Pop, Be and that you play the guitar. Which music instruments do you play?

Jana: I play the Guitar and a little bit of keys.

When did you start playing and do you have formal lessons for singing and for all other instruments that you play? What was the first piece you learned and mastered?

Jana: I started playing the guitar when I was 8. BUT I didn’t take it seriously. When I was 9, I enrolled in YAMAHA School of Music and took voice lessons. First song that I mastered (singing while playing the guitar) was “leaving on a jet plane”

TVG: What was the most trouble you got into?

Jana: Naku, marami, pero pinaka trouble ko was I lost my identity as an artist, parang naligaw ako to the point na di ko na alam ang purpose ng mga ginagawa at mga kaya kong gawin. (A lot but the most trouble for me was when I lost my identity as an artist like I was lost to the point that I don’t know the purpose of what I am doing and what I can do.)

TVG: What are you most proud of?

TVG: How is the OPM scene nowadays be. 4 years na kong wala sa Pinas eh. (I’ve been away for four years)

Jana: sobrang buhay na buhay ang opm scene. Maraming naglalabasan na magagaling na banda, artists, at performers. Nakakatuwa kasi kahit younger generation sobrang mismo at magagaling. (OPM scene is so alive. There are so many good bands that are coming out and it’s fascinating because even the younger generation are so good.) 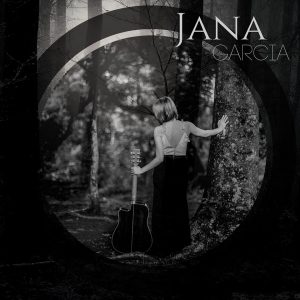 TVG: I look up to you be because I know passion brought you where you are. What will you tell someone like me who is skeptic or scared in starting to follow their dreams?
Jana: Our passion is bigger than our fear. Huwag sayangin kung anuman ang meron ka. Maiksi lang ang buhay. Gawing reality ang dream! (Don’t waste what you have. Life is short. Live your dreams.)

TVG: I was watching the official music video of Di Biro and I couldn’t help but cringe It is so beautiful. Where do you draw inspiration?

Jana: (bebe, di ba ang meaning ng cringe, nandiri? Hahaha) . (bebe, cringe means disgusted right? Hahaha. ) There are points in our lives when we fall madly in love. When it seems like madness for others, for us it’s just true love.

TVG: What is your favorite part about this line of work?

Jana: If you do what you love, you will never work a day in your life

Jana: None Why? Lahat kasi ng nangyayari, pangit or maganda, oks saakin kasi, they are memories and lessons to treasure. (Everything that happens, ugly or beautiful, is okay with me.)

Jana: Average day ko, pagkagising pa lang I always thank God for His Goodness! I do some quiet time alone with God. Since I got married, sa umaga nag aasikaso sa bahay at sa aking husband (bilang asawa hehe) (mornings are for chores and for my husband as a wife hahaha)

I also have a full-time job as a Social Media Strategist for a musical instruments manufacturer then, gig naman sa gabi. (gig at night) Sometimes, rehearsals and/or meetings.

TVG: Have you ever dealt with performance anxiety?

Jana: Oo naman. And i think normal yun sa lahat. (Yes of course. I guess it;s normal for everybody.)

TVG: How do you deal with stage fright? It’s like I have never seen that you’re scared to perform. It’s like you belong up there. You always owned that stage.

TVG: How often do you practice be?

Jana: At least twice a week. (well, should be everyday hahaha)

In the end, I was wrong. She’s no fallen angel. She’s a star and always belong up there to always shine. Keep shining Be. Keep inspiring. Remember, you have a fan in me and that you’ll always be my peg in making my dreams come true. 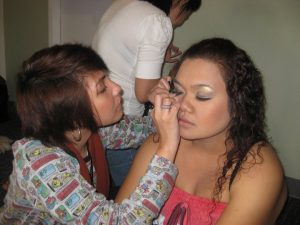 Stay tuned for her new single under Warner Music PH that will be released on November 30 and the official music video on December 1. 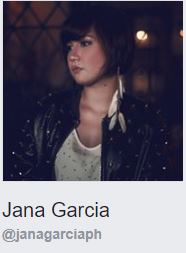 Please share if you liked it and let’s support Filipino Music. 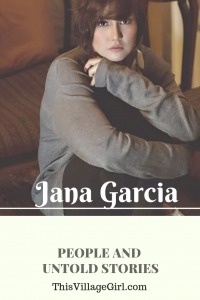 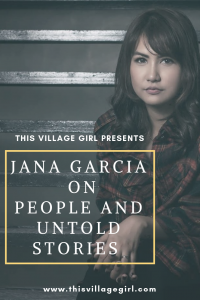 How to Turn Your Life Around: From Failing College to 4.0 PhD Student

My Quest to Find Home

Are You Walking Someone Else’s Road?

Experiences Living Abroad and How They Changed Me.

2 thoughts on “Jana Garcia on People and Untold Stories”