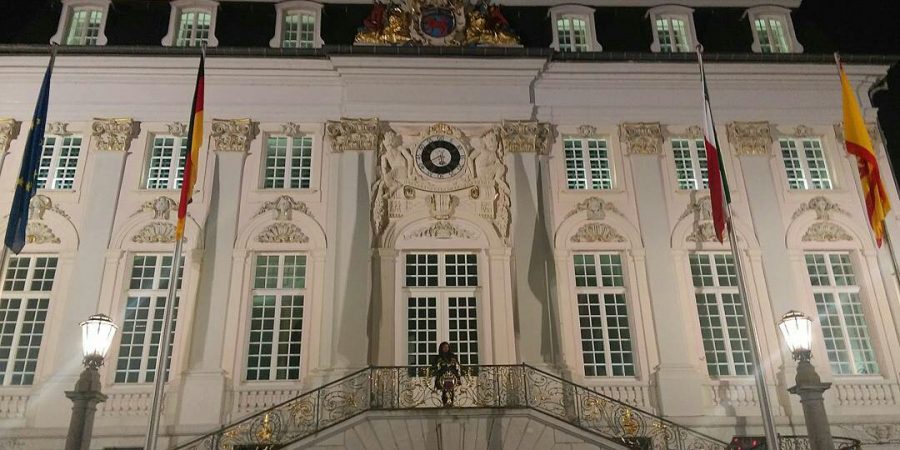 I partnered with Bonn Greeters but all opinions are my own.

There’s so much to Bonn than just being the old capital of Germany.

Bonn is a city on the banks of Rhine River, a European River which according to Wiki “begins in the Swiss canton of Graubünden in the southeastern Swiss Alps, forms part of the Swiss-Leichtenstein, Swiss-Austrian, Swiss-German and then the Franco-German border, then flows through the German Rhineland and the Netherlands and eventually empties into the North Sea.”

The stars seemed to align for me and Bonn few days before Christmas when my boyfriend brought me to have dinner with his family.

Few glasses of champagne later and while waiting for the main dish or maybe the dessert, my German didn’t only get better, I also learned that my boyfriend’s father is a member of an organization called Bonn Greeters that doesn’t charge anything to those who want to see Bonn.

What is so great about it is that, it isn’t only limited to Bonn, it is all over the world. There are even Greeters in the Philippines which I find surprising. I wish I have known this earlier then maybe I didn’t have to travel solo most of the time.

Volunteers give tour and they don’t accept payments. Only a little donation coming from the heart which can be transferred to the organization’s bank account. I must say that seeing the place with a local who isn’t doing it for money is a very good way to see a new place. Of course I prefer traveling alone but if I have a choice like this, I definitely would go. It is still better to do things how locals do it. It is how you maximize the experience.

I might already have seen some of the places where we went to, but it was a very different experience seeing it with someone who actually knows what she is talking about.

I didn’t want to ask Google. I want to experience it on my own.

So when my boyfriend’s father sent me Bonn Greeters’ link, I booked a Greet through the link, was assigned a Greeter and waited for the day of my little excursion.

When the big day arrived, not even what the Germans call shitty weather was able to stop me.

Armed with an umbrella, off I went to the city to meet Miriam. Miriam was the Greeter assigned to me.

We will explore the city. The road was wet and everything was gray. My fingers were numb but these didn’t stop me from wanting to see Bonn using a different pair of eyes. I am a Filipino. I will still go to work even if the entire city is already neck-deep flooded.

This is where Miriam and I met. In Münsterplatz, a large Ludwig van Beethoven’s bronze statue stood.

Beethoven was born in Bonn. Though he died in Vienna, this was built to honor his contribution to music industry.

This is one of the oldest churches in Germany and it is a Roman Catholic church. It was built between 11th and 13th century. Though it once served as a cathedral, it is now a minor basilica. Currently, it is under construction but earlier I was given the chance to witness its beauty.

I must say that this is one of my most favorite places in Bonn. I go there to sit, relax, read and study. It houses more than five million volumes, English even, DVDs and other educational materials that you can borrow for free for until three weeks I guess depending on the number of items you will borrow. You can also return the books even if the library is closed. There are windows converted to automated tellers on the side that will take your books.

From business to arts to foreign languages: name it. They have it at a very affordable price. No wonder every German is good with almost everything and not even retirement can stop them from learning and doing something new.

Founded in 1818 and one of the Top 100 Universities in the world is a public research university located in Bonn. Its architecture itself is already an attraction.

During summer, when me and my cousin got tired of shopping and eating gelattos, we would go to the University garden, lay down on the grass and soak ourselves under the German summer sun to talk about life and where it wants to bring us until we fall asleep and wake up glowing with sunburn. Bonn University and its library is one of my happy places.

Known for its gilded staircase, The Old Town House is one of the Landmarks in the Market Square. Built in 1737 and 1780, it used to be the seat of the city administration.

Today it serves as the office of the mayor and used for official occasions but it used to be the backdrop of speeches of world renowned personalities like Queen Elizabeth II, John F. Kennedy and Charles de Gaulle.

In the daylight, you’ll see the gold trimming but, it is well illuminated. To say it is beautiful it to sell it short.

Though I thought that this name is just my favorite Latina actress and performer growing up, it is now one of my happy places in Bonn. It used to be a cinema which is very evident as you approach the second floor. The seats were kept and now being used by customers who want to sit and read in peace.

Beethoven’s musical contribution is of great importance not just in Bonn but all over the world. Though he died in Vienna, this doesn’t discount the fact that a lot of people go to Bonn to see where he was born and lived as a child.

In his house in Bonn which is now a museum, you’ll find the piano he used, some of the musical instruments, one of his glasses, piece of his hair and the room which served as his birthplace. This is very close to the Market Place where the Altes Rathaus is.

I love their version of market where you can buy fresh fruits, bread, cheese, vegetables and other fresh goodies. There are even sausages, french fries and burger stalls. It is so different from ours in the Philippines where you will want to not go anymore especially during peak hours. Here, everything is being cleaned up at the end of the day and it is closed on Sundays. You won’t be able to tell that it was busy.

Germans and their Beer. This is Bonn’s local brewery where the prices and food are also good. A must if you’re visiting Bonn.

Still one of the strong evidences of Medieval Fortification is the Sterntor or the Star Gate in Bonn. It has been moved few meters away from its original location in 1898 to make the street a bit wider. When they pieced the gate together, they tried their best to make it look like how it used to.

(You can read Part 2 of the Bonn Ultimate Tourist Attractions here.)

Connect with Bonn Greeters on Facebook  and book your tour with them.

Expat Diaries: In Malaysia, It’s Never Too Late to Dream a New Dream.

10 Things That Changed Since I Lived Abroad.

10 Simple Ways to Celebrate Birthday Away from Home